I was asked to organise a benefit gig for Amnesty International after a much smaller and very successful benefit gig had taken place at The Enterprise pub in Chalk Farm.

Ivan and Jimmy McGrath had secured The Roundhouse for a benefit gig and I was tasked with getting permission from Camden Council as the place was unused at the time apart from the occasional rave.

Needless to say the logistics, press, radio coverage, advertising and bands were in place when at the last minute Camden reneged on their commitment.

I called Glenda Jackson MP at The House of Commons and explained the situation to her and to her eternal credit I received a phone call from Camden Council about one hour later allowing the gig to go ahead.

It wasn't that successful unfortunately because of a mix -up with the advertising people and instead of being London- wide it was only supported by local people.  God bless you all !

The P.A. system was supplied by Steve Court of Court Acoustics ( thank you Steve ) and consisted of a fair amount of Pink Floyd's sound system, well a little bit but it seemed massive !

Here are some pics from the gig :

Pics from The Roundhouse 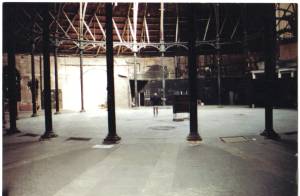 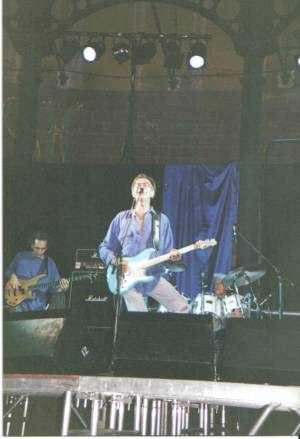 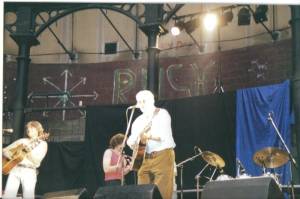 Johnny Johnson and The Shuffling Hungarians 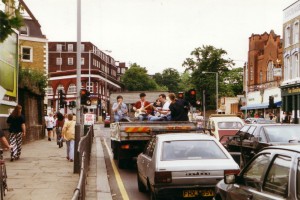 Chris Wilson from The Flaming Groovies 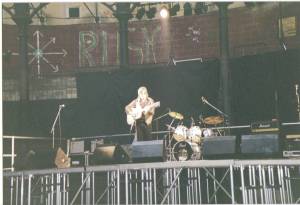